New Groups Forming-- So What? NO STANDING

Links in the Reference Section

This attorney DID NOT GET IT...back in 2008....and apparently there are an entire planet full of 'dumbed down pre-programmed" and ARROGANT ATTORNEYS; just like Philip Berg...who only "think" that they know Customary and Current International law.  Like Berg....they "think" they have STANDING TO STATE A CLAIM.

Philip Berg was so obtuse about it...he filed an appeal. That appeal was shot down faster than the rendering of the initial decision.  He could not accept HIS LACK OF STANDING...which is the #1 problem with every single video or podcast that I have watched FOR OVER 10 years now.  And this does not include the people that went to prison because they would not listen to me about the Supremacy of International law and Sovereign State Immunity from ALL ACTIONS OF CITIZENS.

The case is attached. The quote above about Standing is on Page 5 if I remember correctly.  I'm sure that you are aware, but I am attaching a second pdf on State Equality and Immunity, Peace and Self Determination and the Pacta Sunt Servanda RULE...as found in the Vienna Convention on the LAW OF TREATIES (and Global Agreements).

This is about KNOWING...how things work and has worked FOR MILLENNIA on this planet.  It is not about ASSUMPTION AND PRESUMPTION.  We cannot afford to be anything other than 100% correct when dealing in law...particularly Customary Supreme Universal and International Law.  The first RULE of that is STANDING OF THE PARTIES...

So......here is a link TO THE GREAT WAILING  WALL that everyone apparently likes to BANG THEIR HEADS ON...until the blood is dripping in their eyes and blinding them to the TRUTH...that, like Neo and everyone else....they were "BORN SLAVES" of this Matrix.  It only one paragraph...on the Sovereign Immunity of the UNITED STATES OF AMERICA...which comes from the ancient maxim: THE KING CAN DO NO WRONG...."rex non potest peccare"   Rex means "royal decree"...AND the USA is run exactly as Roman Empire law...CAESAR AND HIS SENATUS ROMANUS.
Regards;

P.S.   Can anyone say...PRO PAGAN DUH....?   The lies and propaganda of the Matrix...." the prison for everyone's mind".   Therefore "all minds were acquired by acquisition" in the new FAR SMART MATRIX... 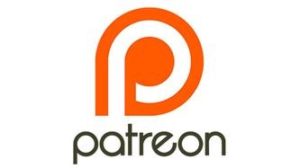